Over time, business owners will need to consider investing in improvements to their facility and associated property if they have significant brick-and-mortar buildings where employees work and production is ongoing. Just like the purchase of real estate and equipment, these enhancements can be capitalized as a tangible assets and depreciated. In turn, they add value to the company’s infrastructure and can be appraised.

These investments are referred to as either leasehold or building improvements. The primary distinction between the terms is based on who the owner of the property is. If your business leases the building as a tenant with a landlord involved, then you would treat these as a leasehold improvement on your books. For internal depreciation purposes, they should be amortized over 15 years.

If your company owns the buildings and land, then the improvements are capitalized as part of the real property and treated as building assets, which are depreciated over a longer term, consistent with real property accounting rules.

From a valuation perspective, leasehold improvements can be appraised on an “in-place” or “installed” basis, since they only hold value to a building tenant while the business remains in operation. If your business relocates in the future, you cannot physically carry these assets with you to the new location.

As a result of this, in the long run, building owners reap the rewards of the improvements should their tenants vacate the premises, which can benefit their lease pricing and carry it over to a new company moving in even just a few years after the improvements were completed. Try to work with the landlord while you can, to gain some type of lease break or other benefit if you pay for these improvements.

You often see this scenario with heavy turnover businesses such as restaurants and related food services companies, as well as start-ups in tech and scientific industries. It’s a good idea to have an improvement investment concept in place, that you can show the building owner while you’re negotiating the lease terms. It’s also beneficial to work with your accountant and engage with an independent valuation firm to determine your best options as you move forward with your growth plans.

What does the term FF&E refer to in Valuation and Accounting Circles? 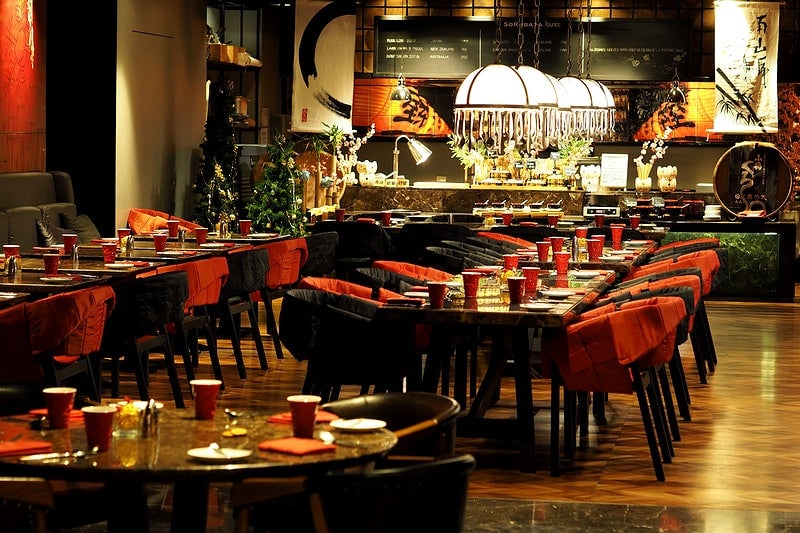 The acronym FF&E is a familiar term in the business world, especially with appraisers and accountants, however, what the initials technically stand for and what they actually encompass can vary depending on one’s interpretation and usage.

The initials represent Furniture, Fixtures & Equipment, which is broadly defined as: “movable furniture, fixtures and other equipment that have no permanent connection to a structure or building.”

Anytime you see the word “other” in a definition, it can open the door to any number of slightly different meanings. Most often you will see it referenced in businesses where there is a heavy concentration of office equipment (computers, printers, etc.) and furniture such as desks, cubicles, credenzas, and the like. That said, there is nothing wrong with using the term to generally reference all the tangible assets owned by a business that do not include buildings, land, and their associated improvements (Real Property).

There are some flaws with the term and its definition, however. For example, the term fixtures actually mean property that is literally fixed to a building or related structure, which is the opposite of the first word “movable” in the FF&E definition. An oxymoron that contributes to the diversity of applications in which the term FF&E is applied.

A second example is that for many companies, office furniture and equipment is not a significant tangible asset on their books, while the “other equipment” represents a much more substantial asset group, often separated from the term itself.

Some of the more common businesses where you will see FF&E used as an all-encompassing term are: restaurants/bars; retail stores; markets; fitness centers; corporate workplace offices; salons; and related companies, where the machinery & equipment component is complementary to the furniture, removable fixtures, and other items used every day.

A restaurant for example, will likely have as much invested in the property found in the serving and dining areas as it does in the kitchen and backrooms. Therefore, all components of the FF&E are treated similarly.

In addition, businesses who lease their buildings instead of owning them will want to include the fixtures (leasehold improvements) as part of the personal property on the books since they can be treated as an owned asset and depreciated. Using the restaurant example again, many business owners will spend a lot of money in the early stages of operation to improve and convert the property to fit the needs of their unique design and layout.

In summary, the term FF&E is commonly used in both the valuation and accounting realms. This acronym is subject to a wide variety of definitions given its nature, and there is nothing wrong with the varying ways by which it can be treated, as long as it is specifically defined by those using it.