What Kind of Equipment is Checked Out in a Mining Equipment Appraisal? 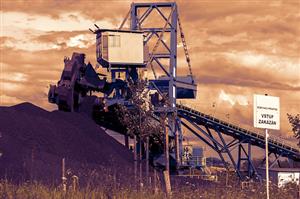 When you're having a mining equipment appraisal performed for the first time, it's not unusual to wonder what kind of equipment will be covered during the process. The short answer is: all of it. There are certain high-level pieces of equipment that should always be covered when you're having your mining company's equipment valued, to ensure that you have proper documentation of that value in case of a cave-in, mudslide or similar event that causes that equipment to be lost. Here's a quick look at major categories of equipment.

What Kind of Equipment is Checked Out in a Mining Equipment Appraisal?

Though this should give you a solid idea of what type of machinery is evaluated during a mining equipment appraisal, it is by no means an exhaustive list. Other items that can be evaluated include transporting vehicles, rock crushers, ventilation systems, laboratory testing machinery and other assets that help keep your mining company operating in the black on a daily basis. However, it's important that you have the appraisal performed by an accredited equipment appraiser, so you can ensure that you're getting unbiased calculations from an independent third party who has no personal stake in the outcome of the appraisal.