What Do the Premises of Value Mean in the Resale Marketplace? 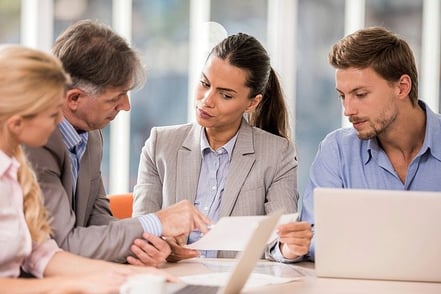 An ASA accredited equipment appraiser most often uses one or a combination of the following premises of value in their reports:

These terms are formally defined by the American Society of Appraisers (ASA) as follows:

Fair Market Value is an opinion expressed in terms of money, at which the property would change hands between a willing buyer and a willing seller, neither being under any compulsion to buy or to sell and both having reasonable knowledge of relevant facts, as of a specific date.

Orderly Liquidation Value is an opinion of the gross amount, expressed in terms of money, that typically could be realized from a liquidation sale, given a reasonable period of time to find a purchaser (or purchasers), with the seller being compelled to sell on an as-is, where-is basis, as of a specific date.

Forced Liquidation Value is an opinion of the gross amount, expressed in terms of money, that typically could be realized from a properly advertised and conducted public auction, with the seller being compelled to sell with a sense of immediacy on an as-is, where-is basis, as of a specific date.

We are often asked how these definitions translate to the actual marketplace where the buying and selling occurs every day. To facilitate a response to this question, we will consider selling your used vehicle (car, pickup SUV) when it is determined you need to replace it. We will begin with the Fair Market Value premise.

Fair Market Value is considered the higher end of the value spectrum and can be considered comparable to a private party sale where you, as the owner of the vehicle, put an ad online or in a local paper in an attempt to sell to another private party. The key assumption here is that there is no immediate sense of having to sell or purchase and the sale is on an “as-is where is” basis with no warranty or other conditions of sale.

The ability to obtain Fair Market Value is more realistic if you are in the business of buying, selling, leasing or operating equipment in the applicable industry. That is why new and used equipment dealers will typically be a good source to best understand this “retail” level of value.

To summarize, fair market value while being an accepted level of pricing in an equipment resale effort, many businesses such as banks and other investors look to liquidation values as a more attainable figure in a typical resale scenario.

In our next blog post we will cover the two types of liquidation values as they relate to the sale of your used vehicle.